November brings with it cooler weather, leaves of gold and the feeling of thanks in the air. It’s the perfect time to begin a practice of gratitude. You Know Neen is hosting the 2nd Annual 30 Days of Gratitude blog series, a place where the experience of gratitude will be explored and shared. I, along with several other contributors will be sharing our thoughts on all things gratitude.

It was a so-so Summer. It mostly consisted of Baseball, Music and Doctors. Baseball great. Music great. Doctors not so good.

I added four new doctors to my menagerie of physicians. A Gastroenterologist for some stomach issues. A Surgeon for a double hernia. Two ER docs…one for each issue.

Now the problems were nothing life threatening but they were painful. The surgery was supposed to heal in three weeks and three months later, we’re still dealing with some discomfort. It’s okay though…my surgeon is pretty cute and I get to see her for follow-up checkups. I’m grateful for that…see what I did there?! HA!

While the health things were more annoying than anything else, they did put a damper on my Summer plans. It was about 50-50 on when I could go out and do things. When I felt fine, I went. When not so good, I didn’t and oh yeah I had my share of pouting and feeling sorry for myself.

They also cause me to cancel a major trip I planned to the Pacific Northwest. I was going to visit nine new states and see a couple of friends that I hadn’t seen in years. Couldn’t do it. What if I need to rest all day or see a doctor? Hard to do that in the middle of Wyoming, Utah or one of the Dakota’s.

More pouting. More feeling sorry for myself. Not enough to call my former therapist, but close. 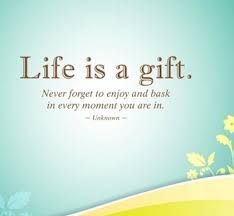 And then I woke up on the morning of September 25th. I turned on the news and the lead story was about the tragic death of Jose Fernandez.

If you aren’t familiar with him, Jose was a 24-year-old pitcher with the Miami Marlins. He defected from Cuba in 2008. It was his fourth attempt to escape Cuba. While on the boat, a woman fell over board and he jumped in the water to save her. It turned out Fernandez was saving his mother.

Fernandez was considered the best young pitcher in baseball. While it was early in his career, he was on a Hall of Fame track. His future was unlimited.

On Saturday, September 23rd, Fernandez and two friends went out for a boat ride. They ran into a jetty and all three men were killed. The baseball world was shocked at losing one of its greatest young stars. It’s one of those stories of potential untapped. We’ll always wonder what would have been. Even 30 years from now, we’ll picture him as a young 24-year-old. We’ll never see him age. Sad and tragic.

Things like this always helps you put your own life in perspective. Things that seem so bad, really aren’t. I thought about the minor illnesses and compared them to good things in my life. There are a lot of them. It doesn’t take much. I can always think about my two daughters. They made it to adulthood and are healthy and thriving.

My youngest is also 24. She was born two months before Jose Fernandez. She most likely will be able to live a full life. I’m happy and grateful for that. Sometimes that’s the way life is. It’s not easy to be grateful all the time. It’s hard work to do that. It’s easy to focus on the negative instead of being positive.

Life gives you wake-up calls when you least expect it. Last weekend was one of mine. I’ll try to do better.

Howard Moore writes the blog I’ve Got the Hippy Shakes at ChicagoNow. He writes about all things life, with a focus on Health/Wellness issues, his battles with Parkinson’s Disease and a smattering of popular music.

Remembering the Greatest Cubs Fan After the Cubs Greatest Victory

Have you started a gratitude practice? Are you enjoying #30DaysofGratitude?

Get the posts in your inbox! Click on the “Subscribe by Email” tab at the top of this page, type your email address in the box and click the “create subscription” button. My list is completely spam free, and you can opt out at any time. 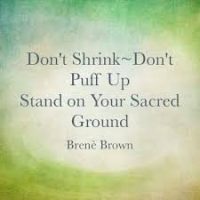